Council boots graffiti action into the long grass for 16 months

One of the worst examples I have seen of Council bureaucracy and paralysis surfaced at a Committee meeting this week.  It concerned graffiti and the delay of 16 months in organising a response to the epidemics of this blight on our community.  I'm not a member of the particular committee but as this report was being presented I asked for the opportunity to speak.

Thank you for giving time for me to speak on behalf of, principally, my local ward residents, where graffiti issues are a constant source of concern and feature in many of the community meetings we councillors attend.


I will say a word or two about the report and the process of the report in a few moments but first I want to look at this from the view of our local residents and property owners.

It is difficult to express the frustration and helplessness when the environment of the community is wrecked by vandalism.  I had one resident who painted over the graffiti on the wall of his house on an almost weekly basis only to find within a day or two that the wall was graffitied again, and again and again.  I say I ‘had’ a constituent.  He has now given up and moved elsewhere.  Or the local shops who repeatedly paint over their walls only to find they can't keep up and their very existence as businesses is under threat because of the time and cost of trying to keep on top of it, or worse, because people don’t want to shop in that ugly environment and go elsewhere or shop online. Graffiti saps the morale of communities.   In frustration, our communities are looking for help.  First they look to the police, and then to the Council who hold some of the levers which need to be pulled to make an impact.

Now I know graffiti is not a top priority for the police – but they need to keep a focus on it and, in the past, have worked well with the Council in some areas, including my ward.  Indeed, I spoke with some local policemen in my ward last night who told me of a couple of people had now been identified for one strain of tags appearing across our area.

What about the Council. It needs to focus, no less than the police, on catching and deterring offenders.  I want to make three positive suggestions.

First, the database which is the 4th of the six conclusions in this report (the Action Plan which is essentially paragraph 3.20).  The report suggests the feasibility of a tagging database should be investigated to allow for better intelligence gathering, and then shared with the police to allow for identification and legal action where appropriate.  Well it has been done before and it was very successful, but it eventually fell victim to reorganisation and instability within both the police and the Council.  Certainly, the police structures are more settled, and the Locality teams in the Council have had time to bed down.  Rather than ‘investigating the feasibility’ of a database I rather think my constituents would be more impressed by a ‘Just do it’ approach.  It is not difficult and it has worked.

The second suggestion is the Community Payback Scheme for offenders.  The relevant Scottish Government guidance document puts removal of graffiti as number 2 of its examples of the projects which can be undertaken by offenders.  I have contacted my locality manager to try and arrange something to help hard pressed local residents and businesses from this source.  The report is silent on this scheme - and it is not clear why.

Thirdly, well planned murals have been a success in Southside and Newington Ward and you have a picture in your appendix of one of the four in Southside.  They take a bit of organisation and a bit of money, but have all been done with members of the community leading and taking the initiative.   All have resulted in an almost complete absence of graffiti in those places.  They are not graffiti walls, but murals which have been welcomed in the community.

With those three positive suggestions let me say a couple of things about the process and the report itself.

Cllr Laidlaw asked for a taskforce to be set up in a motion to the Council on 21st September 2017.  Not a working Group or a discussion forum.  Just for a political leadership to encourage a bit of co-ordination and action. Remarkably, the administration chose to overrule that proposal in favour of a report to the Culture and Communities Committee and examine options for spreading best practice.  Note the difference.  ‘Just do it’.  Or let’s ‘review and discuss’.

6 months later the Culture and Communities Committee set up the Graffiti Working Group and a further 10 months later, over 16 months after the original motion and meanwhile the people of Edinburgh have to sit back helpless whilst graffiti goes largely unchecked with no on street action from the Council.  Pleas for help at Community Councils and community groups have had the response that a working group is sitting. That's not perceived as action. It is a boot into the long grass. That's not perceived as leadership.  It is paralysis and abdication of responsibility.  Council officers are left wondering whether they can just take action or whether they will be stranded as the Working Group goes in some other direction.

So 16 months later, what does this report tell us about action? There are sections with a few statistics – but our residents and shopkeepers can see the scale of the problem.  We can all identify when there is a spike in graffiti.  The nature and scale of the problem is in front of our eyes.  Then there is a section about legality.  Well nothing has changed there.  Graffiti is illegal.

I think my constituents will find one sentence in the report just surreal: 'The group had a lot of discussion about the difference between graffiti and street art’.   I don’t think the people the people in Sciennes House Place or Buccleuch Pend who have painted over the graffiti regularly will find their frustration helped by that statement.

We have in paragraph 3.30 of the report six suggestions or ‘findings’ as they are termed. I suggest to you that four of them are just processes rather than addressing head on how we apprehend or stop those who are defacing our communities.

So here we are 16 months later with a number of suggestions:  assessment, feasibility studies, possible graffiti removal notices on landowners, and a policy statement.   These are processes generally taking aim at secondary issues.  What our communities and constituents are looking for is a bit of help to suppress graffiti – to catch and deter offenders.  You don’t need 16 months and a series of meetings focusing on the secondary issues which dominate this report, in order to get to the action needed to help a community and constituents who feel demoralised and helpless.  And that leadership was conspicuously absent 16 months ago when a proposal for straightforward action was snuffed out in favour of this lengthy process and paralysis.

Now I invite you to incorporate the three suggestions I made earlier.

1.    The database of tags in conjunction with the police – which is already in the report and is tried and tested and is a significant help in identifying offenders.
2.    The Community Payback Scheme where offenders provide the resource to remove graffiti where possible.
3.    Thirdly, encourage and support well planned community initiated murals in graffiti hotspots, a measure which already has a good track record.

That would be positive. 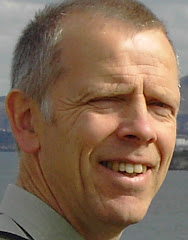